Veilwalker is one of the stealth (not to be confused with Camouflage or Spirit Travel) clasess of Camelot Unchained. It was at first speculated upon [1] and finally confirmed as a part of the Stealth Unchained [2] stretch goal.

This class might or might not be playable immediately at launch, depending on circumstances, anyway it will be introduced as soon as possible.

Stealth and the Veil[edit | edit source]

VeilWalkers are able to move within the Veil (thus becoming stealthed/invisible to players out of it), sometimes even at increased speed. They can stay in the Veil for very long, but for a price: the more time they spend stealthed, the more health they lose when they emerge. The main danger they face though is not the Veil, but something else...

The VeilWalkers always have to watch out for their nemesis, the VeilStalkers: these too can move within the Veil, but they can also stay out and hunt the VeilWalkers (and `Stalkers) who are sneaking inside. The VeilStalkers have the power to detect the Veil-stealthed, lay down traps and prepare other defenses, thus being the best at dealing with them and protecting other fighters (especially Mages), builders and crafters in RvR. 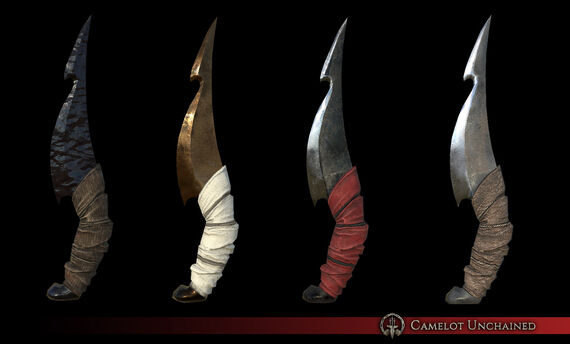 VeilWalkers` preferred combat targets are typically the more lightly-armored ones. Their main weapon against these is the effect of surprise, interrupts and disrupts (and NOT extreme burst damage or 100%-to-zero against disabled oppoenent). These, if timed right, can be deadly due to magic backfiring.

Very important detail is that VeilWalkers will be able to go in and out of the Veil much quicker if there is more spells in the area, thus becoming even more dangerous during the bigger battles. This both encourages them to take part in the large scale fights and makes them more welcome to guilds and parties. Of course, VeilWalkers opting for "RvR/party" playstyle might prefer wearing heavier armor.

Alternatively, playing in the style of classical Assassin, the "Lone Wolf", will also be viable - the idea of the design is not to deprive players of options but rather to give them alternatives. Just, there won`t be one-shots or anything close to that - be prepared for longer TTKs (time to kill) than the "average" ones for a Rogue/Assassin in many other games, compensated by other things some of which were already mentioned.

Grouping and Gear in the Veil[edit | edit source]

The more players close together, the more irritated the Veil becomes thus taking away even more of each player`s health once they leave it, which makes stealth parties less than optimal playstyle. Also, wearing metal inside of the Veil is not recommended because of the metal sounds that can be heard outside, alarming potential victims. The noise also scales up with the number of stealthers nearby.

In other words, if you suspect that a stealthed enemy is sneaking around, you better start listening very, very carefully (or bring your VeilStalker friend). To avoid being heard, stealthers are often using specially crafted gear and weapons inside the Veil, preferably made by highly skilled craftsmen.

All the stealthers are changing their appearance while stealthed (that is, in the Veil) as can be seen on the images below.