In their piercing eyes, full of silent resolve, you will never see fear. For each Stormrider saw death, and walked through it—one chosen by gods to pass the cruel, deadly trial, one among a hundred less fortunate.

Of all of Arthur's subjects, the Stormriders are his most committed. Pledging themselves to Arthur and his vision above everything else—their personal tests bestow upon them a superhuman level of willpower and dedication once they put their minds to a task. They serve the Realm as its most loyal defenders, willing to sacrifice everything for their cause. 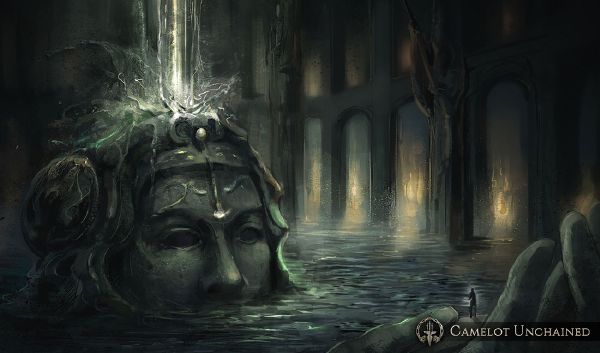 The Lake of Storms

The true history of the Stormriders is kept in a song that is currently only known to them. Stormriders don't inherit their birthrights, but rather have to earn their place through adherence to their values as a people. Every youth learns the Rider's Oath to prepare them for the ritual that will hopefully one day make them a Stormrider. 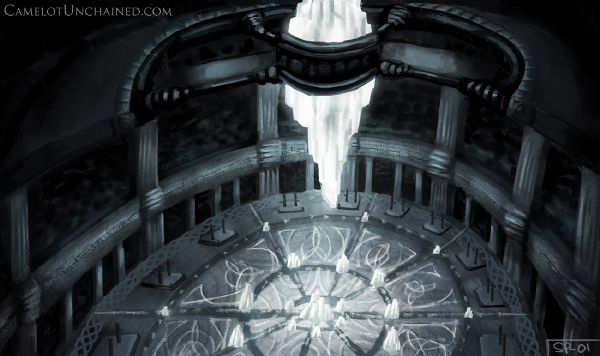 One of the Trial Chambers

Where the Stormriders learned their traditions and how they came to settle near the Lake of Storms is a matter that they keep to themselves, preserved in the stanzas of their Rider's Oath. Though what makes the Stormriders who they are was not a single event, but a grim trial that each must undergo, requiring single-minded devotion of their ideals to overcome.

Each youth of their society spend their early years studying under the elders and masters of the castes. Each junior learning from all the castes to learn which may be the best for them. They do not discriminate this study based on gender, and it is considered a severe crime to manipulate a child towards a particular caste. The freedom to choose their path is an essential part of their ideology.

When a youth is ready, they choose a caste and ask for admittance. They then drink from the Lake of Storms itself. The waters of the lake are infused with Veilstorm energies that start the transition of the body into adulthood as their souls awaken.

During this process, the adolescents are rigorously tested about their chosen path. This does not dissuade them from their choice but affirms that it is the right one. Changing castes is not an uncommon occurrence during this time of growth, and is not discouraged.

They begin to study and learn the Rider's Oath, so they may understand its meaning. Once they gain that understanding and embrace the Oath, and also know their true calling, they can petition their final trial. 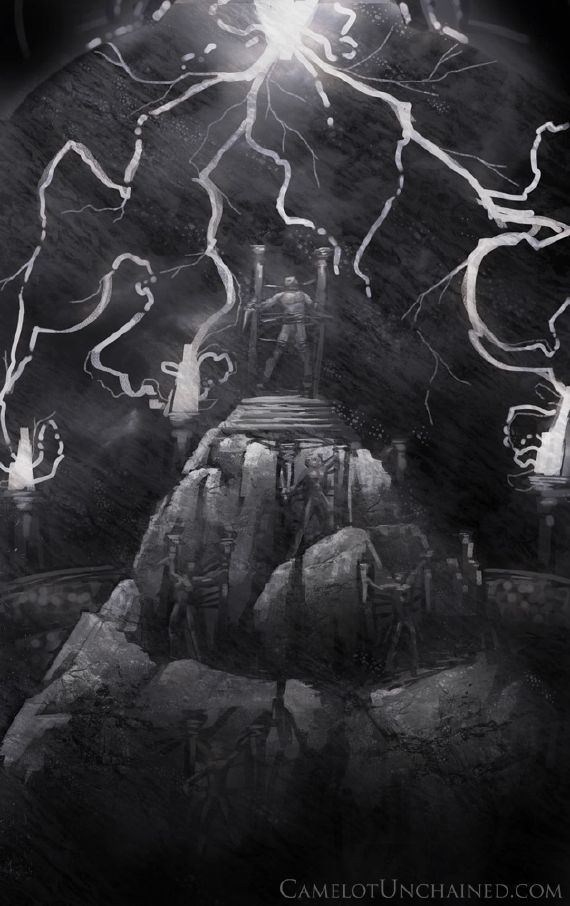 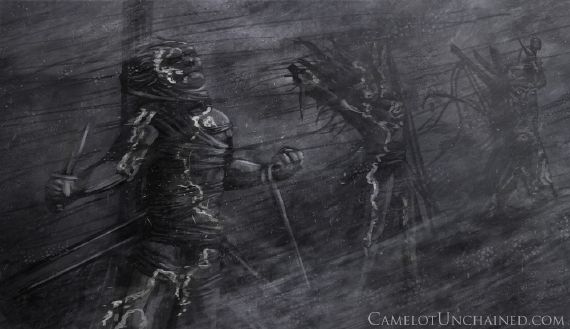 "Without faith, our purpose will not shine brightly"

"Without conviction, our faith is but an illusion"

"Without honor, conviction can be turned to evil."

-From the Rider's Oath

The trial may seem harsh to outside eyes, but it is the way of the Stormriders. The adolescent is stripped naked and bound by the arm and legs between two rocks. They are given a sacramental knife which is engraved with their true name.

There the adolescents face judgement from the fury of the Veilstorms. Ribbons of light course throughout their bodies, permanent lines forming patterns from the paths of the rain as their devotion is tested.

When the storm is done, the candidates are then inspected for their success. One whom followed the Rider's Oath fully, and the teachings of their caste are rewarded with increased prowess befitting of their chosen caste. They are introduced to the society as new adults. Their transformation is celebrated in a truly joyous manner that members of the other races may find hard to believe for such humorless and serious people.

Though not all trials end well. Those not pure of thought and heart are changed by the storms in horrible ways. Those still right of mind are allowed to beg for a dignified death; given proper burials and honors. Using the knife to cut themselves from their bonds are seen as weak, and those youths are banished provided they've not abominations as well.

Those whom fail the trial completely come true monsters. They are purged absolutely, both in form and memory; never to be mentioned again.

In a more rare instance, the storms selects a different caste then what the youth swore to. These individuals face the choice of death, exile or riding the storm again. Most choose the second test despite knowing that failure almost always results in them becoming monsters and erased from their society's memory. Those that succeed though, are known as Stormchosen. Chosen by destiny for their new role, and are known to go on to great deeds.

Stormriders appear little different than that of a human, though a few distinct features firmly identify them. The first is that of their skin. The survivors of the Trial are marked with elaborate patterns of symmetrical raised skin all throughout their body of various curves and lines from by rains of the Veilstorms that purified them. However, their most prominent feature is the magic gemstones that they have inserted into their foreheads. The gemstones and the patterns around them are used to reflect their chosen caste in their society. 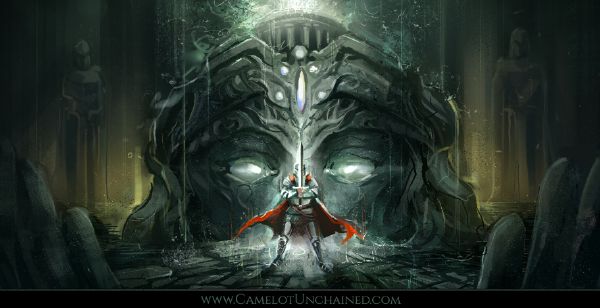 At the Lake of Storms

Stormrider society is broken into five distinct castes. These castes are not based on birth or family, but by choice. A young member of their community has the freedom to pick whatever path they wish without outside influence or gender restriction. This freedom of choice is one of the foundations of their society, and helps hone their determination. Once they pass their trials and become Stormriders of their chosen caste they receive a jeweled marking on their forehead to proudly display their caste. They gain power from these gemstones, and the color of the stone is based on the individual.

The Warriors Caste - These Stormriders are the fighting force of their people. This caste covers all combatants regardless if they fight with sword and shield, or they command magic. The marking of the Warriors is a teardrop pointing down with a raised semi circle at the top with a line going towards the hairline.

The Scholars Caste - The Scholars prefer a path of study and discovery. They endeavor to keep records, decipher secrets, and unearth knowledge not only for the good of their people, but for the whole of the Realm. Their forehead symbol is that of a teardrop pointing up, with a semi circle at the bottom.

The Merchants Caste - The Merchants focus on utilizing personal wealth, knowledge, and bargaining skills to resolve conflicts. Their marking is a round gemstone with raised semi-circles of skin to the top and bottom of the gemstone.

The Makers Caste - This caste specializes in making and building. Their marking is similar to that of the Merchants, save that the raised semi-circle lines around the round gemstone are to the sides instead of the top and bottom.

The Hearth-keepers Caste - The Hearth-keepers are those who represent the wisdom and intuition needed by the Stormriders to face the challenges of the world. Their forehead symbol is a teardrop shape pointing up, with two raised lines coming to a V towards the bottom.