The three Realms (Arthurians, Tuatha Dé Danann and Vikings) are the three factions of Camelot Unchained in the state of war with each other, which emerged after the Great Betrayal caused the Second Breaking of the world.

The Realms were founded by the Sword Brothers: Arthur Pendragon of the Arthurians, Nuada Airgetlám of the Tuatha Dé Danann and Sigurd the Dragonslayer of the Vikings. Nuada died heroically in The Depths while Sigurd and Arthur still lead their nations, fighting to dominate and shape the world.

The choice of Realm matters much more than in many other games, due to great differences between races and classes (which are not mirrored between Realms [1]) and only one Realm per server (per game account) allowed.[2] Besides these, many other aspects of the game are geared towards building and encouraging Realm pride.

Players will be able to build, repair and fortify their own and siege, destroy, loot & pillage [3],[4] structures of other Realms, but there will be no player loot upon death.[5] 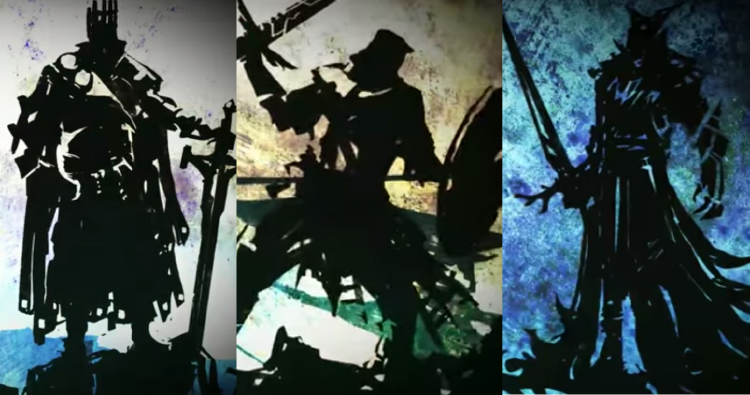 Realms seek to conquer more of the vast world, for resources and promotion of their respective philosophies. Each Realm has its own leader - the NPC King who rewards his citizens for their accomplishments, through the Daily Report system.

This reward system is connected to both the economy and the overall character progression and includes not only fighters and scouts, but also builders, crafters, miners and so on. Due to item decay and building destruction, the role of these "civilians" in the Realm`s war effort is significant, and well rewarded.

The very design of the Realms, RvR, sieges etc. is intended to foster interdependence, teamplay and thus the feeling of guild and Realm pride which is crucial for creating successful and long-lasting communities of Camelot Unchained.

Keeping the Realm populations reasonably even is a major part of the game's design goals. This came up during the BSC Days, when CSE stated that they reserved the right to take action in the case where a Realm was significantly underpopulated and unable to engage in play. Also, CSE can help the underdogs:

Mark Jacobs: Keep in mind that this is going to be a big world. The smart Realms will go out and build forts, towers, keeps, etc. And the purpose of those will be to help keep the settlers and their homes safe. Again, think big spaces, very limited insta-travel, etc.[8]

Mark Jacobs: Again, I can't emphasize enough that this is a big world. Please don't stress on the thought that your houses will be burned down every night. It isn't going to work that way unless your Realm isn't working together at all.[9] 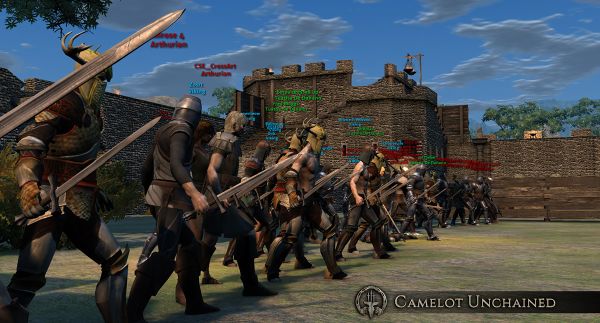 Mark Jacobs: Losing a keep will hurt, it has to, especially to discourage keep trading. You will not want to lose a stabilizer/artifact, especially if you are on the numerically superior team.[10]

Mark Jacobs confirmed [11] that Camelot Unchained will have system similar to Dark Age of Camelot's relics [12], with additional possibility of players crafting or building some forms of these.

Question: If a player built house is destroyed/ransacked by the enemy realm, do you envision all contents being destroyed? Or will it be more of a money sink to have to rebuild the house, but items contained within are somehow saved?

Renée Machyousky: We don’t want folks to feel like they hit a quit point each time they lose a house to their ravenous and ever-present enemies. Blueprints will help with this, yet if someone lost all of their valuables each time their house was raised, that could produce a defeatist attitude. A system where part of a players vault is safe in the Capital city (you must journey there to access it) and part of their storage is in their home and is vulnerable, could work. Even when storing items, choices matter! [4]

Question: Will there be any looting and/or salvaging of destroyed structures?

Renée Machyousky: During our Kickstarter Mark talked about how players will have a choice in how they approach the destruction of structures. If you go down the ‘burn, baby, burn’ route, there isn’t likely to be very much left for salvage. However, if you choose to try and salvage the house right from the start, picking it apart piece by piece, you will be able to get some materials from it. It’s rather likely that taking the place down stone by stone will take longer, so watch for arrows in the back! [4]

Video is inside the link below, and themes are Realm balance, sieges, battlegrounds, bounties [13], looting enemy souls and even soul bounties!?...: