Veilstorms are more than simply bad weather days; these storms can bring both destructive power and chaotic change to the lands that they sweep across. A Veilstorm is the result of too much magic flowing from one side of the Veil into our world, and the most powerful storms can culminate into a Malevolence - like the ones that tore apart the old world leaving only the shattered remains.

Since the Veil is very sensitive to magic, high concentrations of it - typically happening during big battles - can trigger a Veilstorm, or perhaps even a Malevolence. 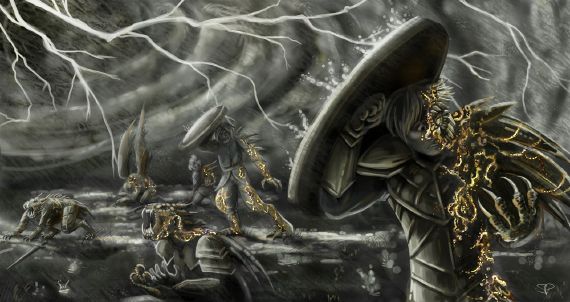 Effects of a Malevolence[edit | edit source]