Dragons are entities that play a key role in Camelot Unchained’s world, but very little is currently known of them. Some scholars connect them to the exotic and mysterious St'rm, which, even if true, isn`t helping much.

Their powers and motivations are yet to be fully understood, through they seem to have a connection to the natural and the unnatural, and definitely originated in the dimension beyond the Veil. 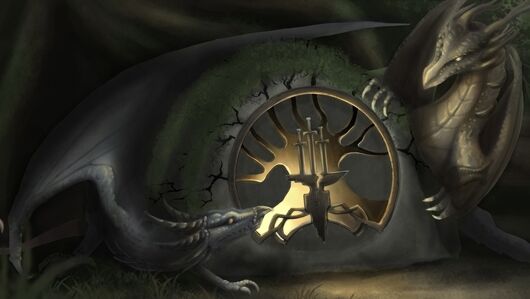