Archetypes are general base types from which more detailed classes and class-specific abilities can be shaped.

Classes of the same archetype might vary considerably from one another, depending on Realm, race and gender [1]. This variation will be achieved through banes and boons, stats and some different abilities, since corresponding classes from different Realms will not be mirrored. 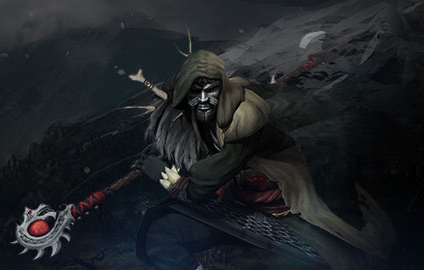 "Camelot Unchained will feature a selection of classes at launch, with the actual number dependent on meeting certain stretch goals. We support an extended version of the “Holy Trinity” as well as “rock, paper, and scissors”, and initially, we'll have at least five classes per realm. For more on how the RPS theory applies, please refer to Foundational Principle #6." [2] By Holy Trinity, this was referred as in Camelot Unchained's case to be the tank, healer and caster archetypes. The Crafter was confirmed has being it's own class. It was shown late in the campaign that a sound based archetype would also be included, with Gargoyle Bard concept art was released to support this. The archer archetype was confirmed as part the first Stretch Goal and was reached towards at the end of the campaign. [2].


During the Kickstarter any stealth classes were pointedly not confirmed. Mark Jacobs had little interest in doing a stealth system for the game that was trite in nature. He would to come up with a better stealth system for the game, or not put it in at all. The design goals included making it difficult to make stealth zergs, and coming up with a system that was a bit more original. Despite this, a proposed stealth system was presented during the Kickstarter using the Veilwalker and their counter Veilstalker archetypes. In Q&A, these were revealed to be their own classes. This would go on to be a hot topic for quite some time. [3]

After the Kickstarter, the first class to get revealed was the HelBound; a healer archetype. This game out with a Becoming story, and concept art. The 3D model of the HelBound would go on and serve as one of the test models during the Tech Alpha. While not a lot of details were revealed about their mechanics, the duality of the aspects of life and death are the central theme of the class.

The proposed Viking Drengr class of the tank archetype was revealed to the community in the form of a technical document [4]. This was primarily done to showcase the path system. The Drengr included 5 paths that all focused around using a particular weapon in conjunction with a god.

The next proposed class fell under the pet class archetype through an Extender Pack stretch goal, the Extender Pack meaning that the pet class archetype possibly wouldn't be released till after the game launch. This became a surprise for some because CSE was initially against pets because of pathing issues, AI and rendering additional bodies on the screen (thus putting further pressure on the game engine). The proposed pet class was confirmed as the stretch goal which was completed on May 30th, 2015, and it would feature pets as a crossover between spells and "classical" pets, that would float or fly towards their target. [5].


This Stretch Goal originally detailed the proposed stealth system. This provided more concrete details about the camouflage system for the archer archetype. As well as a bit more refined showcasing of the previously mentioned VeilStalker and VeilWalker; whom are painted as being more light-medium fighters, and not one-shot assassins. Also included in this stretch goal was the Scout whose skill set would allow them to survey and even glimpse behind and through enemy fortifications. In the update it was stated that only the camouflage system was confirmed for launch, while the other proposed Stealth classes were likely to be fit in but the game won't be delay to include them. [6]

During a livestream CSE revealed a change in philosophy in regards to class design. Originally, as shown as in the Drengr class reveal document and livestream, a class would come with around 5 paths to choose from. Here, they decided to shift gears a bit and have more classes with less paths. The reasons behind there were: It would allow them to make stronger paths, coming up with at least 5 paths for a class that were all originally good would take too much time, allow for more distinction, and having fewer paths to a class would make that class much easier to balance. Silhouettes of ten sets of class trios were shown, one for each Realm were listed the site's class section. Then once per week every Friday start September 25th, 2015, the community would vote set of classes they'd like to be revealed. During a livestream, the Morrigan class name for the Spirit Caster Archetype was dropped. [7] 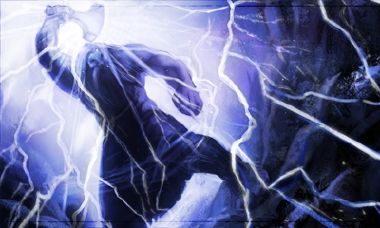 Some (possibly all) classes will utilize the proposed Path System, which was first introduced in the Drengr class concept document. [4]