After building a structure players will have the ability to create a blueprint of that structure. This will allow the player to build the structure again faster if it gets destroyed. The blueprint can also be sold to other players.

One of the systems that is going to be introduced in Camelot Unchained's building system is going to be blueprints. This is alleviate the having to remember, and then slowly rebuild a building that gets destroyed.

A blueprint allow the builder to not only save their creations so they can be remade, but to make building them faster and easier to do.

Blueprints are obtained in one of two ways. The first being making the structure in the game and then have it's design magically enscrolled to paper. This is either done by a crafter with the appropriate skill, or by a NPC architecture guild. The last method is to make one through an architect's interface (possibly related to Cube) to do the opposite, build it on paper then have the building made. [1] 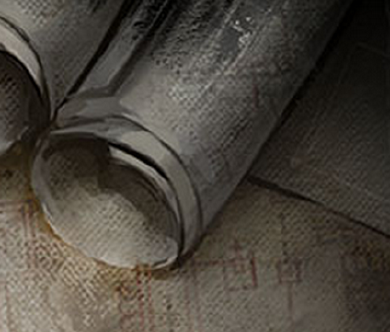 Blueprints are designed to stimulate economy and teamplay

One of the intentions is to have the blueprints act like items. They would require some level of crafting to make. Like other items, they can be sold, traded, and given away.[1]